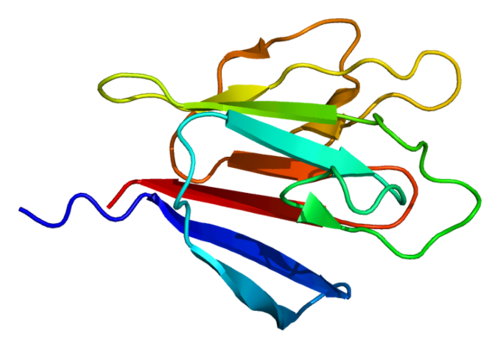 Ki-67 is a great aid in the diagnosis and treatment of a variety of cancers. If you are a patient looking for more information, you might find this article a bit technical, but you can still head on over to cercabiotech.com for our patient-focussed information which we hope can help.

We’ll say up front that Ki-67 is probably the key differentiator in MammaTyper®, either in comparison with traditional testing methods, or separated from the other multi-gene panels. MammaTyper® is robust and reproducible, and we hope soon to confirm it’s accurate beyond other methods.

Ki-67 has been extensively assessed and reported as a prognostic and predictive marker in invasive breast cancer. High Ki-67 expression is associated with a worse prognosis. In two meta-analyses published in 2007 and 2008, high Ki-67 expression in both node-positive and node-negative invasive breast cancer showed significantly worse overall and disease-free survival. Additionally, results of a systematic review support the role of Ki-67 as a prognostic marker and as an independent predictive factor for neoadjuvant chemotherapy in breast cancer patients. Not to mention, the St. Gallen consensus panel has recommended Ki-67 as a marker for the definition of intrinsic breast cancer subtypes to differentiate between luminal A and luminal B subgroups. Below is an overview of the differing opinions that Ki-67 has generated in recent years.

Ok, so ‘hate’ is a strong word, but it works for this piece, maybe ambivalent or apathetic are better? In 2011, the International Ki-67 in Breast Cancer Working Group (IKWG) was founded. “To review methods of determination of Ki-67 levels in breast cancer. Because of the multiplicity of assays and the apparent poor standardisation of them for this marker, we set out to establish internationally acceptable methods for the determination of Ki-67”.

In 2021, the IKWG reported that using its set method of Ki-67 scoring was internally consistent, with an intraclass correlation (ICC) of 0.94, but inter-observer variability in scoring of centrally stained slides (ICC 1⁄4 0.71) and inter-laboratory variability that reflected both local staining and scoring (ICC 1⁄4 0.59) were liable to significant differences.

Indeed, the IKWG data suggested that among the many sources of variability in Ki-67, scoring differences were considerably more important than preanalytical or even staining issues.

There are multiple sources of inter-laboratory variation due to the differences in staining methodologies, including staining platform, antigen retrieval, primary antibody, detection system, and counterstain.

The IKWG has also considered other tools for the assessment of proliferation in malignancies, such as measurement by gene expression rather than IHC, or detection of IHC using more automated technology (AI).

The issues around Ki-67 detection reproducibility are primarily based on the different antibody clones, platforms and scoring methods being used among different laboratories and observers. This was reported by several studies on biomarkers comparison among different centres. Its detection by immunohistochemistry is also affected by the preanalytical phase in terms of tissue over and under-fixation or delay in fixation.

Adding to the confusion/ downgrading, is that over time different Ki-67 cut-off values have been reported by St. Gallen guidelines and have changed several times from 14% to 30%. With a clear ‘grey-zone’ now between 5% and 30%.

In some countries, this inconsistency has caused the use of Ki-67 as a diagnostic tool in breast cancer especially to tail off, and the proliferative sections of molecular scoring systems, seen as a defacto replacement/ substitute/ surrogate. The value placed on Ki-67 has been waning, but the pharmaceutical requirements based on it have not

We at Cerca Biotech love Ki-67… It’s a great biomarker with a really important tale to tell. The effect of proliferation on breast cancer treatment and progression of the disease cannot be underestimated.

Ki-67 expression levels are becoming more and more important for informing key treatment decisions. As a result, the routine measurement of Ki-67 is now starting to be performed more widely during pathological tumour evaluation.

Ki-67 expression is strongly associated with tumour proliferation and invasion, and the recognition has grown for Ki-67 as an excellent prognostic biomarker.

In neoadjuvant endocrine therapies (NAET), Ki-67 is a predictive biomarker of response and long-term clinical outcomes, hence it has been investigated in several prospective trials evaluating response to NAET in breast carcinoma, including the Immediate Preoperative Anastrozole, Tamoxifen, or Combined with Tamoxifen (IMPACT), and Arimidex, Tamoxifen Alone, or Combined (ATAC) trials.

In contemporary clinical practice, Ki-67 is often considered as a reliable indicator of responses to systemic therapeutic strategies and acts as a prognostic biomarker in certain malignancies:

The MonarchE trial (NCT03155997) was the first phase 3 trial to prospectively investigate Ki-67 as a biomarker of cyclin-dependent kinase inhibitors (CDKIs) in the adjuvant setting. Data reported at SABCS 2020 suggested that high Ki-67 levels (≥20%) in conjunction with high-risk features could be used to select patients who would benefit from the addition of abemaciclib (Verzenio) to endocrine therapy (ET) in the adjuvant treatment of ER-positive, HER2- negative stage I or II breast cancer.

So, give some love to the much maligned Ki-67, it has prognostic use well beyond breast cancer, also in lung and colon cancer. We include Ki-67 in our ‘Fab Four’ biomarkers of ER, PR, HER2 and Ki67 that make up MammaTyper®, an assay that is causing a stir across Europe and beyond as a reproducible, robust and highly sensitive RT-qPCR assay.

Contact us, if you love Ki-67 or any of the other 3 biomarkers that make up MammaTyper®. We’re looking to partner with Histopathologists and Molecular Oncologists across the world to improve access for all to class-leading technology for breast cancer diagnosis.